Just a quick note: In the finance world, CFD stands for Contract For Difference. In Wyoming, CFD stands for Cheyenne Frontier Days. Unless otherwise noted, the comments in this blog refer to Computational Fluid Dynamics.
Posted by Keith D. Robinson, P.E. at 2:58 PM No comments:

Email ThisBlogThis!Share to TwitterShare to FacebookShare to Pinterest
Labels: CFD

So my last statement was rather extreme: "...there is one rule that MUST NOT be forgotten..." OK, I admit, it does seem rather extreme, but before you rush to judgment, consider two cases:

Case 1: Several years ago, I was involved in modeling a pollution control system. The system was part of a gas turbine power plant and was located after the gas turbine and was designed to remove NOx from the exhaust gas stream. The company where I worked was selling one component of the system and I was using CFD to demonstrate the effectiveness of our equipment. At the same time, the engineering firm designing the system had hired an independent consulting firm to use CFD to model the entire system to help ensure the effectiveness of the finished design. I supplied 3D models of our equipment to the consultant who included my equipment in his model and performed the analysis. When I reviewed the results of the modeling, I discovered that the consultant had incorrectly used a "symmetry" boundary condition. The use of this incorrect boundary condition completely changed the results of the analysis.

OK, the results of this error weren't too bad; it resulted in more time to fix the boundary condition and to rerun the analysis and modify the design. The only cost in this case was money. But what if more than money were at stake?

Case 2: In Chapter 15 of his book To Engineer Is Human, Henry Petroski relates the following incident:

"The two and a half acres of roof covering the Hartford Civic Center collapsed under snow and ice in January 1978, only hours after several thousand fans had filed out following a basketball game..."


Subsequent investigations revealed that the FEA model used to design the structure did not accurately represent the combination of the dead weight of the roof plus the live loads (snow and ice load and other loads) acting on the roof and its supporting structure. This was the result of an incorrect boundary condition being used to model the loading. In the post accident analysis, a computer model showed the failure when the correct boundary conditions were used. Petroski puts in this way: "The computer provided the answer to the question of how the accident happened because it was asked the right question explicitly..." (italics mine). Unfortunately the right question was only known after the accident. If the failure had happened a few hours earlier with the arena filled with spectators, the cost of the failure would possibly have included deaths and injuries to many people.

So once again, I will repeat my statement: There is one rule that MUST NOT be forgotten:

(To read more about this failure: http://matdl.org/failurecases/Building%20Cases/Hartford%20Civic%20Center/hartford.htm)

The field of engineering has been radically changed by the development of the computer. Over the last 50 years computers have shrunk from being the size of a large room to being the size of a deck of cards. Even while the size of computers has continued to shrink, the processing power of computers has increased dramatically. Programs which used to require a super computer can now be performed on a small desktop, or even laptop, computer. As computing power increased, engineers moved from using slide rules to using electronic calculators and then to desktop computers to perform their routine work.

Today these computers are running advanced software that can solve complex problems that
were virtually impossible to solve in the past. Computational Fluid Dynamics (CFD) and Finite Element Analysis (FEA) software are examples of these advanced software packages. Many of these packages include advanced simulation features such as Fluid Structure Interaction (FSI) where stresses and deformations within solids created by a fluid flowing around the solid are calculated and then the effect of the solid upon the fluid is calculated. There are many other examples of sophisticated software being used today to design advanced machines and structures.

No matter how fast a computer can perform operations or how sophisticated the software is or how "pretty" the output from these programs is, there is one rule that MUST NOT be forgotten:

GARBAGE IN = GARBAGE OUT

Industrial Ventilation Systems are a specialized subset of the typical Heating Ventilation and Air Conditioning (HVAC) systems. Unlike building HVAC systems, comfort is not the primary consideration with Industrial Ventilation systems. Instead they are primarily concerned with controlling pollutants within industrial spaces. Of course the environmental conditions within an industrial facility are important. However, in the absence of extreme conditions, i.e. extreme heat or humidity or extreme cold, the exposure to a hazardous substance is more important than comfort. An analogy to this is found in a survival situation: We can live three days without water but several weeks without food. As a result finding water is more important than finding food when faced with the choice. 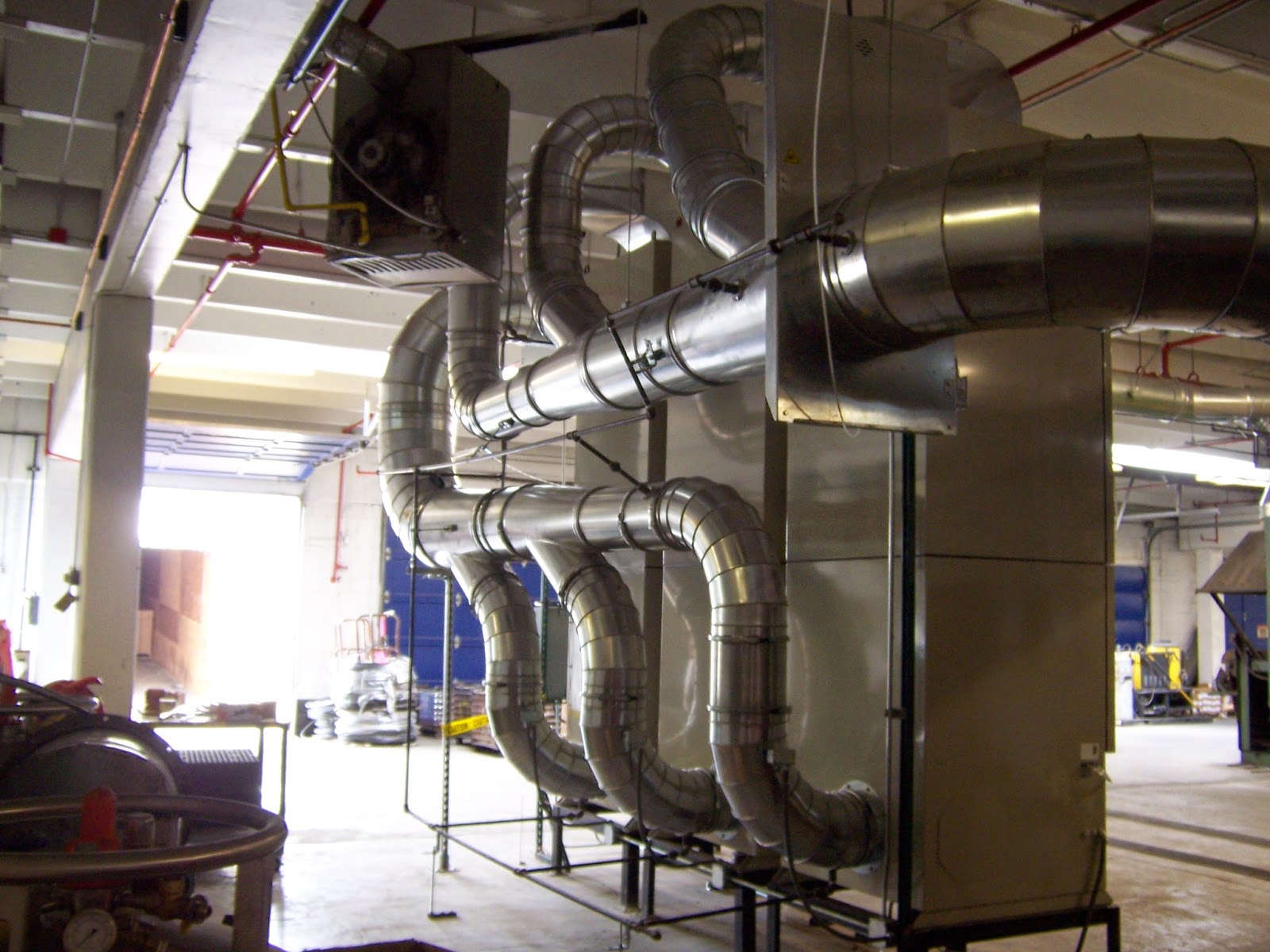 Perhaps the best reference to have when working with Industrial Ventilation systems is the book "Industrial Ventilation A Manual of Recommended Practice" published by the American Conference of Governmental Hygienists (ACGIH). This handbook provides a wealth of information and is the first reference to consult when faced with a questions about industrial ventilation systems.
Posted by Keith D. Robinson, P.E. at 8:28 AM No comments:


Welcome to the blog of Keith D. Robinson, P.E., a engineering consultant in Colorado Springs, Colorado. The goal of this blog is to discuss issues that arise in the engineering world and to hopefully provide some useful information to the readers. In general the information will come from the main areas in which I practice engineering but occasionally I will bring in information from outside my usual areas. These main areas will be Computational Fluid Dynamics (CFD), Finite Element Analysis (FEA), Industrial Ventilation, and Process/System simulation. 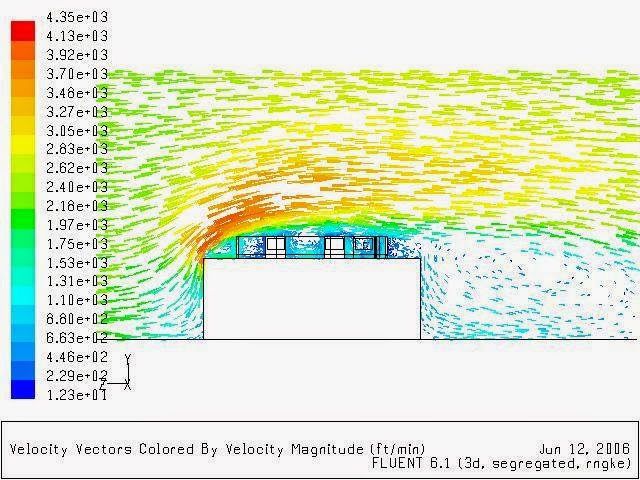 For more information about me and what I do, please check out my website at www.kdrobinsonpe.com

See my profile on Linked-In

Keith D. Robinson, P.E.
Mr. Robinson is a Professional Engineer in Colorado Springs, CO. He has extensive experience analyzing and simulating mechanical systems to determine performance and causes of failure. He has more than 15 years experience using both Computational Fluid Dynamics (CFD) and Finite Element Analysis (FEA) software. Mr. Robinson has a BSME from the University of Colorado, Boulder and a MS Engineering Systems from the Colorado School of Mines.